← more from
Transgressive
Get fresh music recommendations delivered to your inbox every Friday.
We've updated our Terms of Use. You can review the changes here.

Transmissions: The Music of Beverly Glenn​-​Copeland 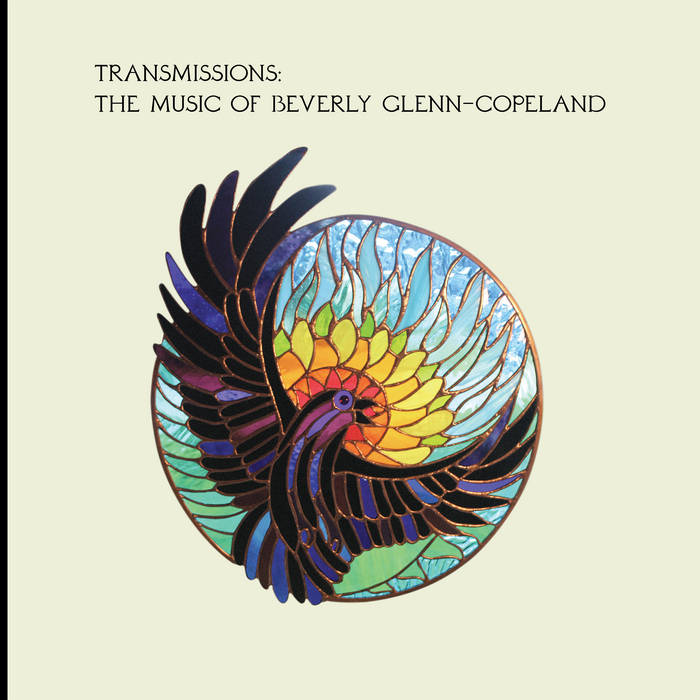 majhium What's not to love it's Beverly Glenn-Copeland. A brilliant fantastic blend of comforting old music with respectful modern collaborations/collaborators doing their thing! As I write this I am still stuck at home doing the Home Office thing and having a bad day. This album; Beverly's album, is lifting me from the the glum of this particular day... Pandemic how the world has changed... Favorite track: Don't Despair.

davidonri uplifting, beautiful, and groovy Favorite track: This Side of Grace.

alvarfj Like a hug from and old friend. Favorite track: Sunset Village.

You've made something that allowed me to connect to apart of myself that I haven't ever really understood. Thankyou for putting this collection together and allowing us to listen in.

Transmissions is a career-spanning album that includes compositions from Beverly Glenn-Copeland’s early works and his cult-status release, Keyboard Fantasies. It also includes both new and archival unreleased tracks and live versions. It includes the first pieces of newly recorded music that Glenn has released in almost 20 years with the track ‘River Dreams’. The album is nominated for Best Outlier Album at the A2IM Libera Awards.

La Vita, This Side of Grace and In The Image first released on Primal Prayer album under the moniker Phynix in 2004. Produced by John Herberman. Mixed by Composers Music Production. Additional vocals on La Vita by Maggie Dace Hollis. Electric Bass on This Side of Grace by Scott Alexander. Recorded at Composers Music Production studio in Toronto, ON.

Ever New and Sunset Village first released on Keyboard Fantasies album in 1986. Produced by Beverly Glenn-Copeland. Engineered and mixed by Colleen Veitch. Recorded at Audio-Logic Recording Studio in Huntsville, Ontario.

Born into a family all of whom were very musical, essentially studied the classical piano repertoire from ‘cradlehood,’ listening to his father playing the piano four to five hours a day. He went on to study classical music and then after a few years of concertizing he suddenly felt called to write music that would weave all the different musical cultures he had come to love. ... more

Bandcamp Daily  your guide to the world of Bandcamp

Oakland producer Mejiwahn chats about his breezy and transportive LP.